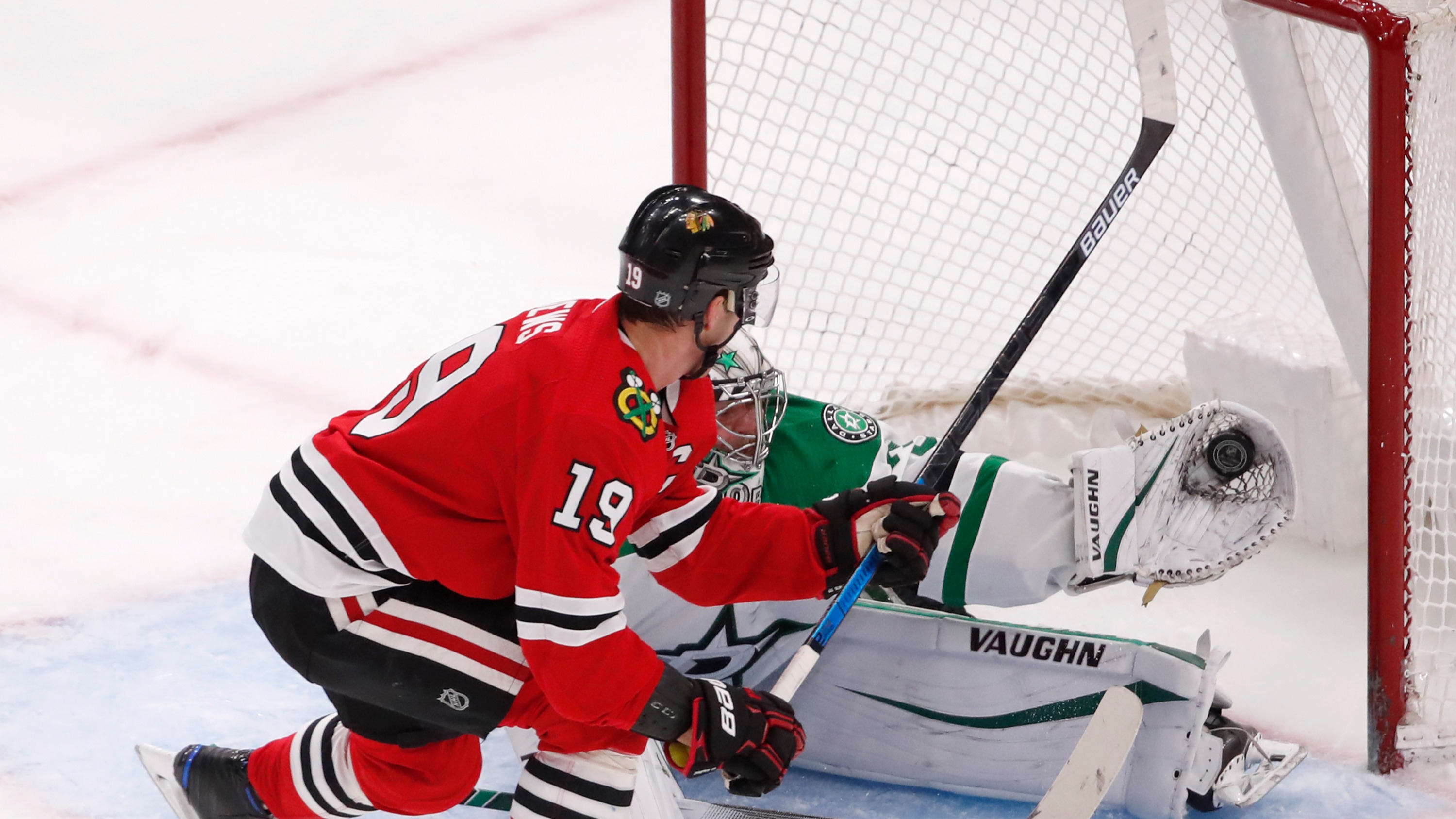 The Chicago Blackhawks have lost two straight games to division opponents, falling 4-3 to the Dallas Stars on Sunday to fall to four points out of a playoff spot.