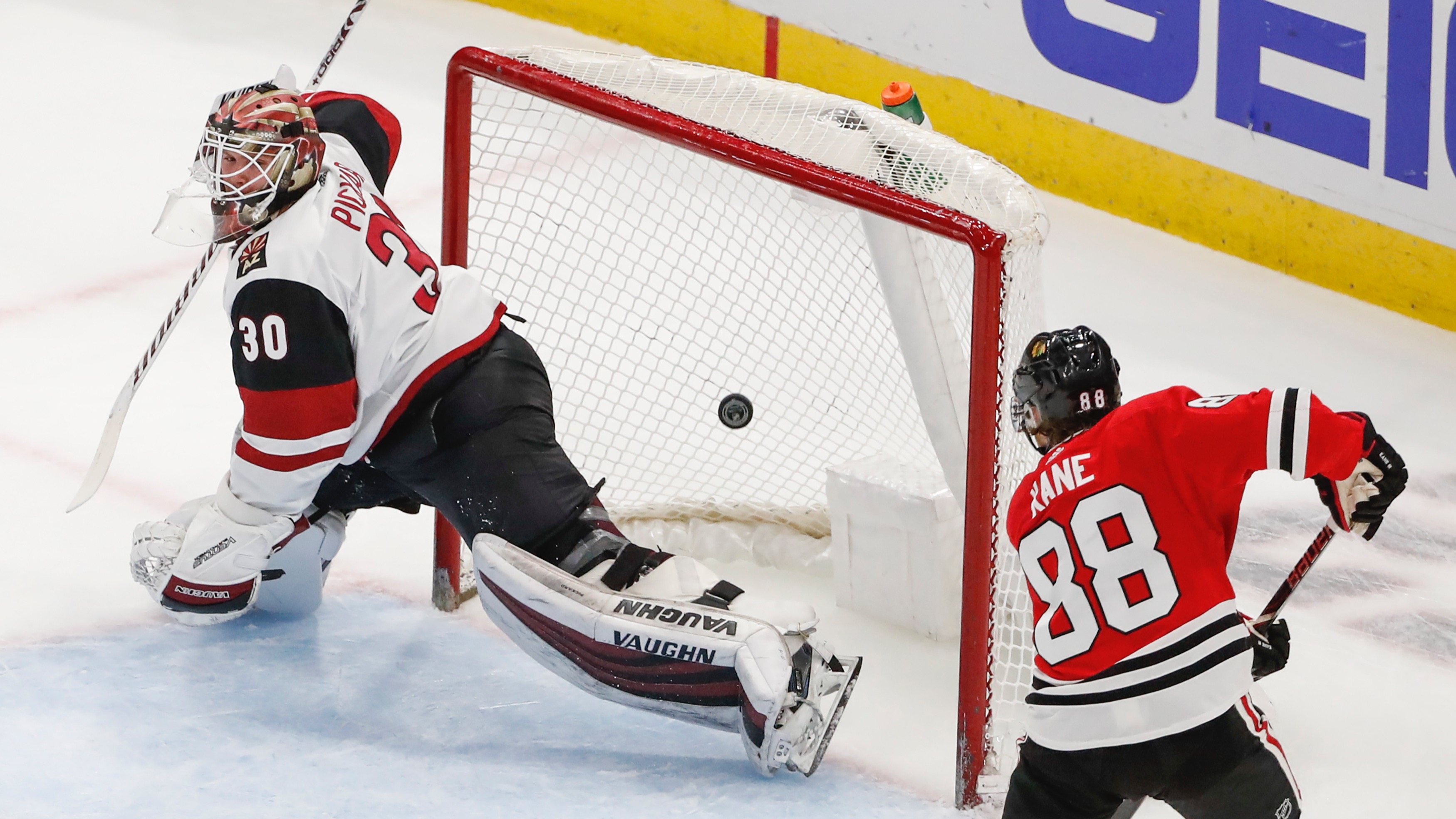 The Blackhawks kept up their scoring binge with a 7-1 win Monday over the visiting Coyotes. The first-period and game OVERs in Chicago games have oddsmakers pushing totals to extreme levels.