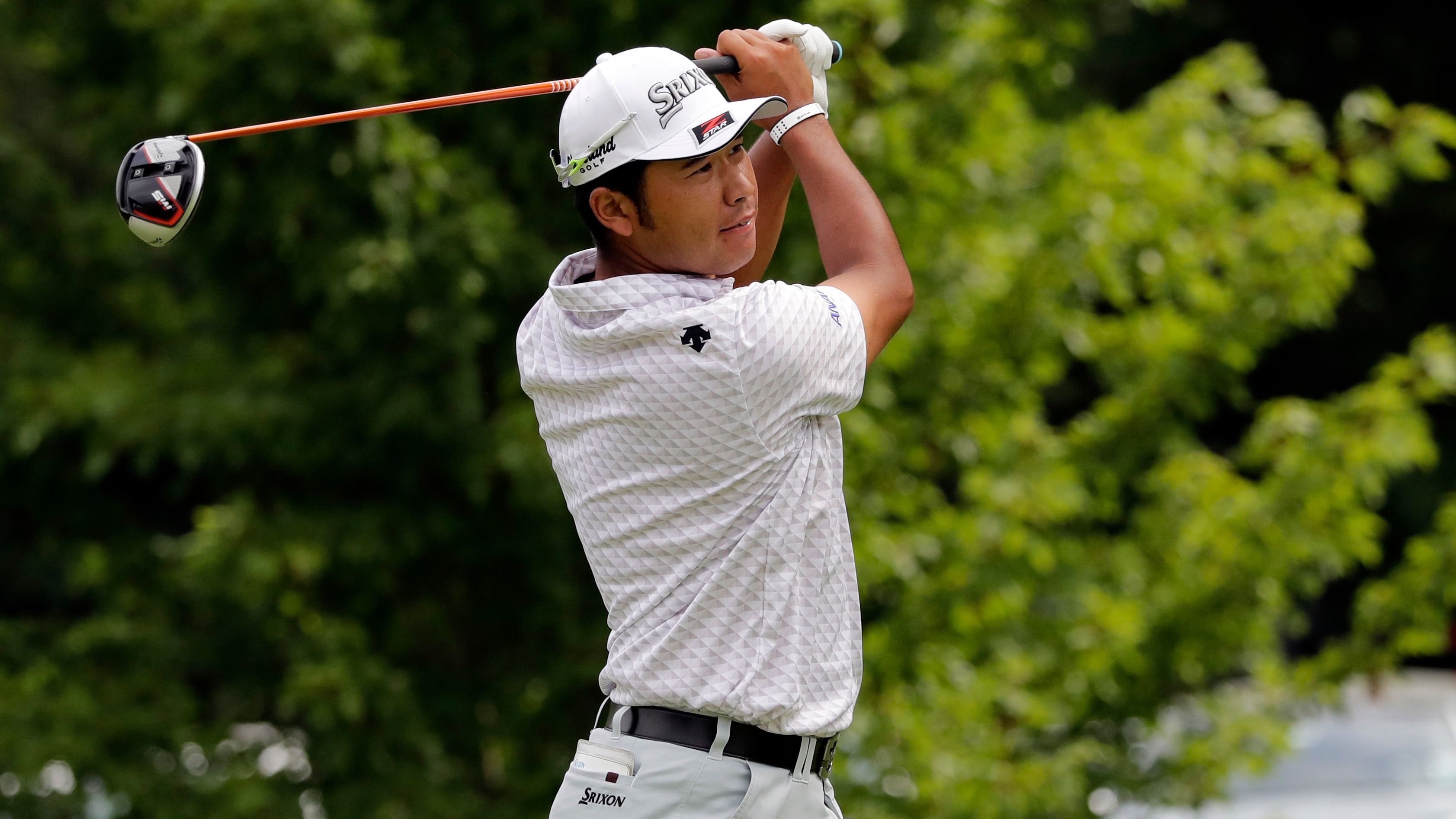 Matsuyama made five birdie putts from 15 feet or longer and broke the course record at Medinah with a 9-under 63 for a one-shot lead going into the weekend.