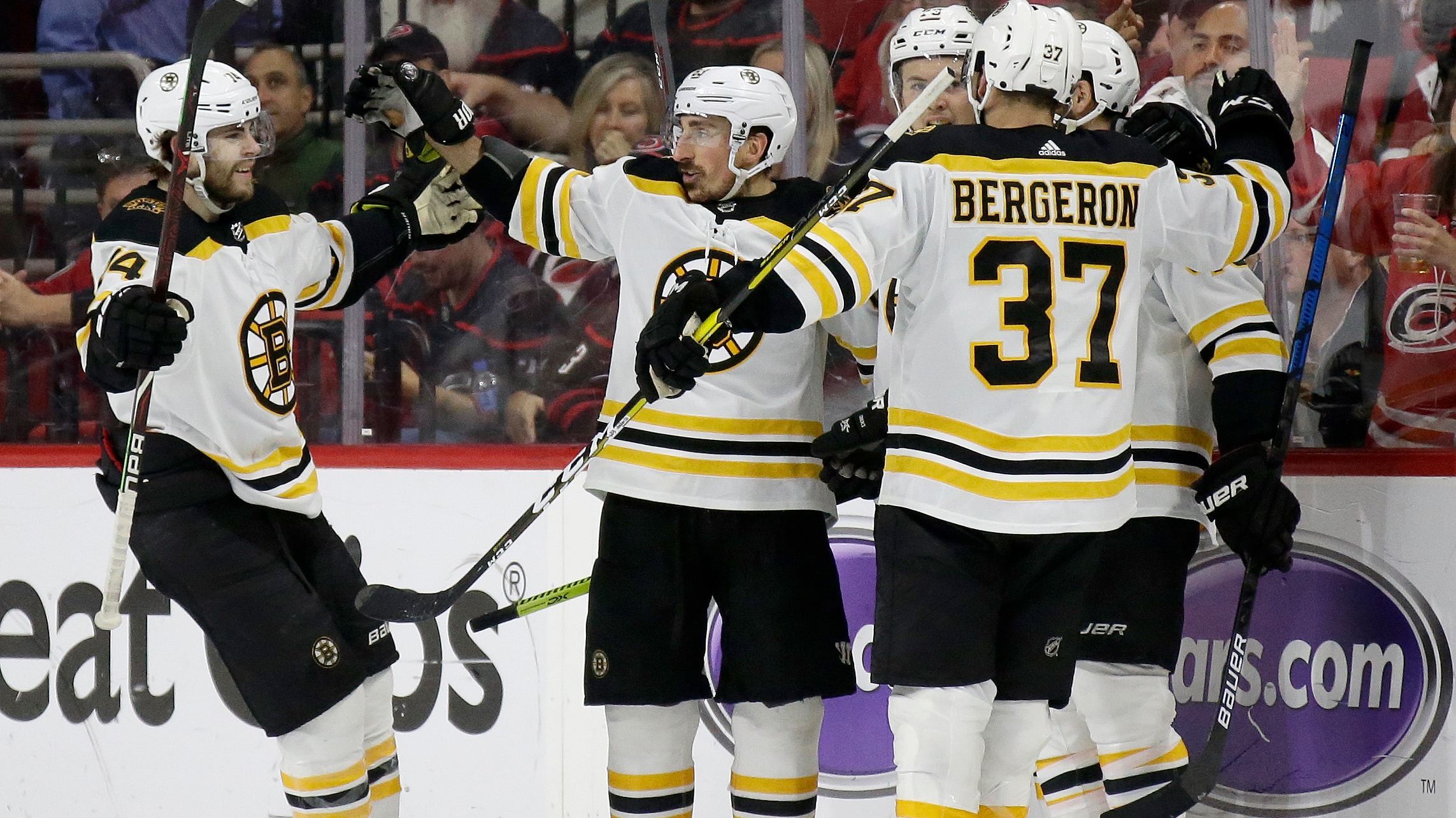 The Bruins have won six straight games, and a seventh as short betting favorites Thursday in Carolina would send them to the Stanley Cup Final.