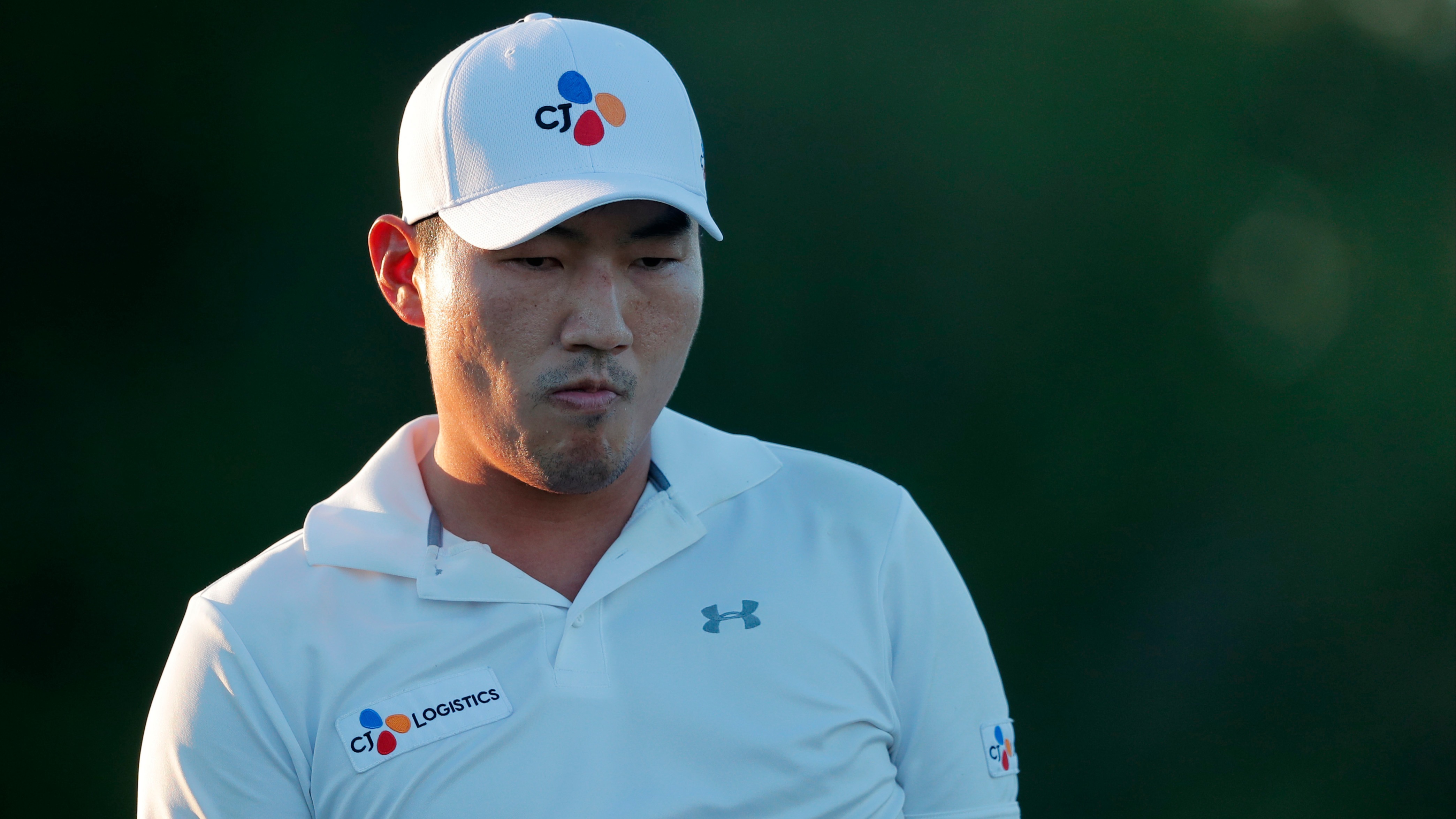 Sung Kang and his caddie did some calculations on the driving range before the second round of the Byron Nelson on an unseasonably cool day with some breezy conditions.