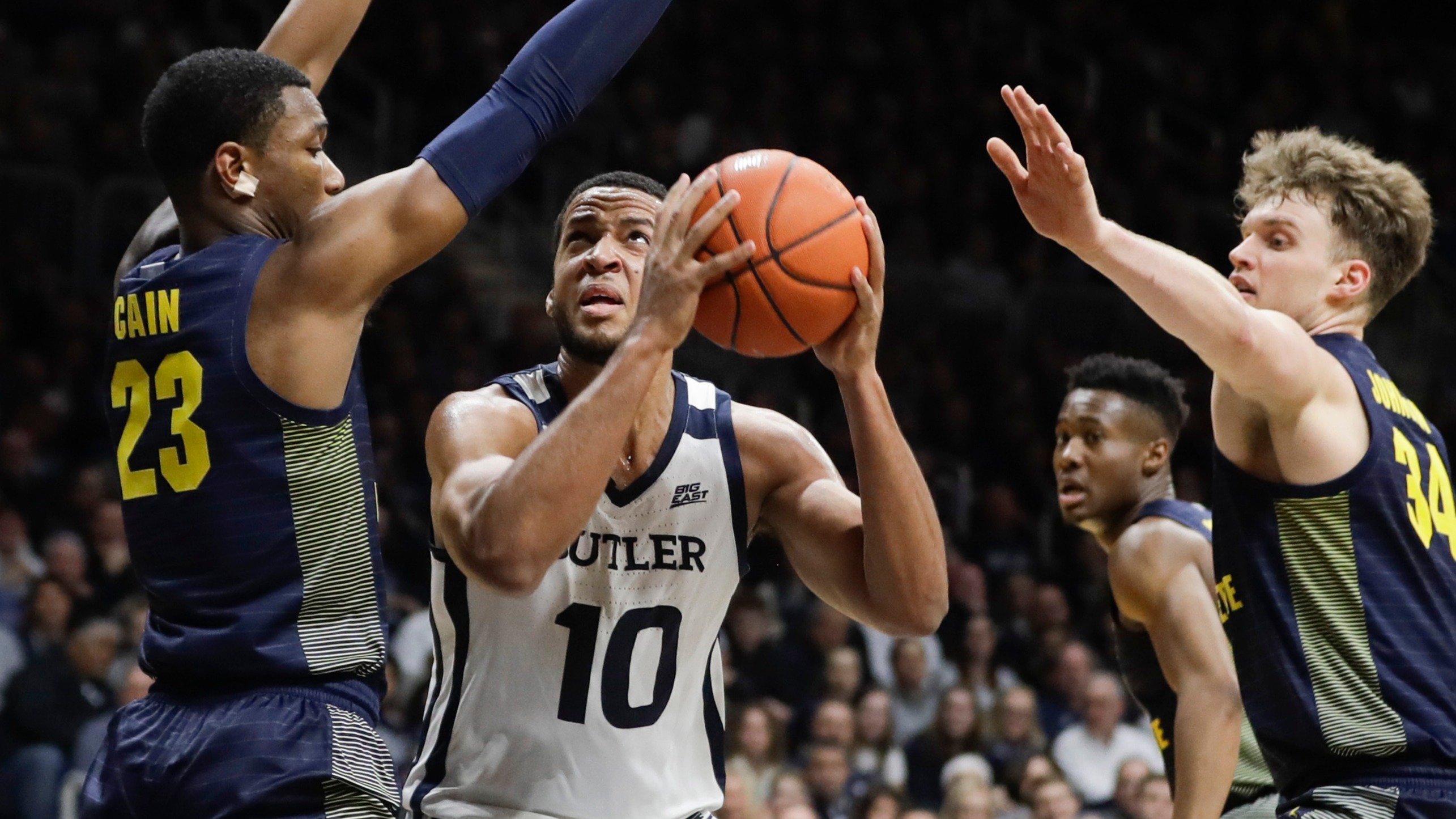 No. 16 Butler, one of three ranked teams in action during prime time on Tuesday, carries an 0-4 ATS run into a tightly-priced contest at Georgetown.