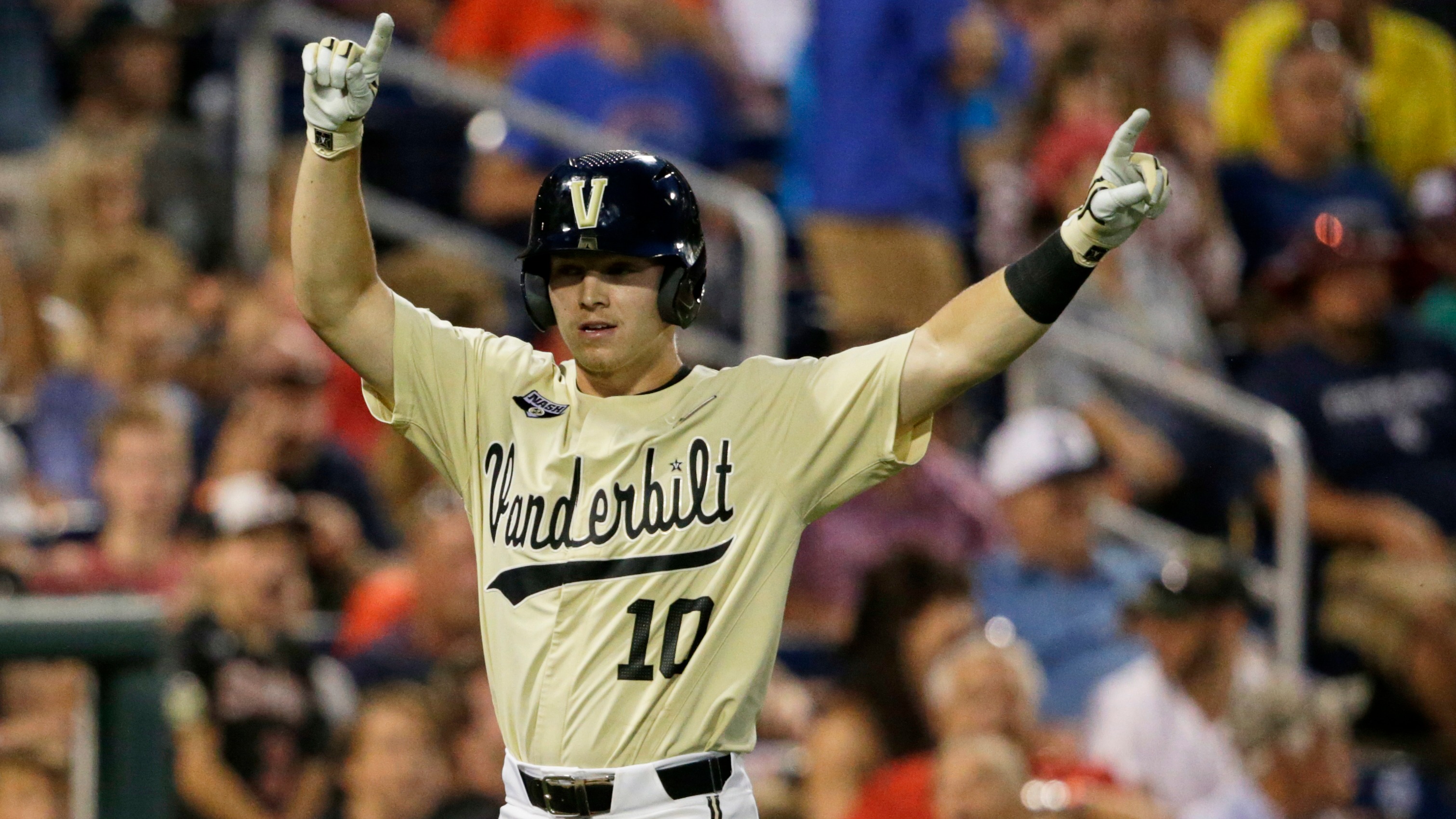 Vanderbilt won in dramatic fashion to reach the College World Series finals, where the Commodores are heavy favorites to win the title this week vs. longshot Michigan.