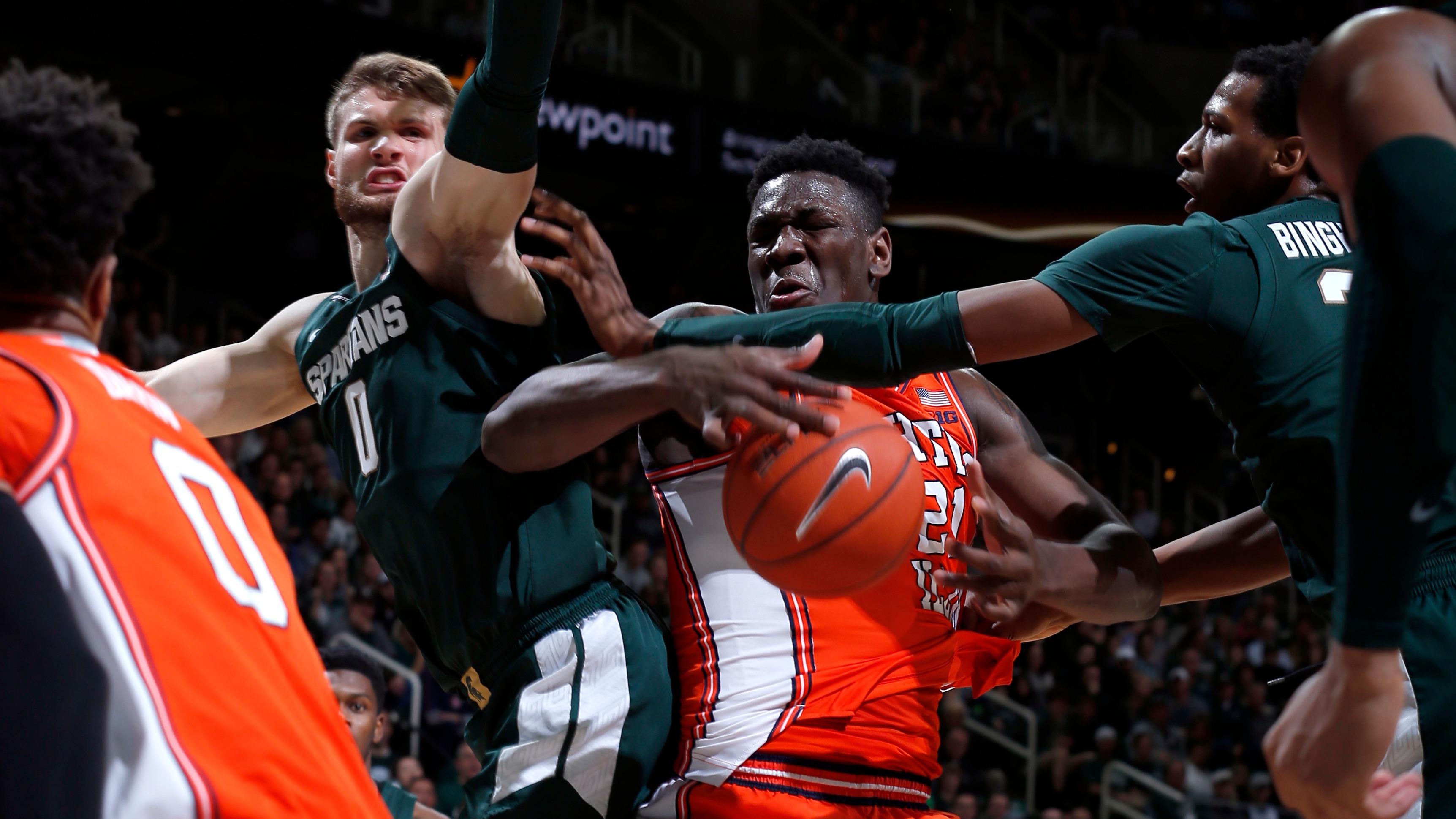 Oddsmakers opened Michigan State a small favorite at No. 22 Illinois on Tuesday, despite the Spartans slipping out of the AP Top 25 for the first time in three years.