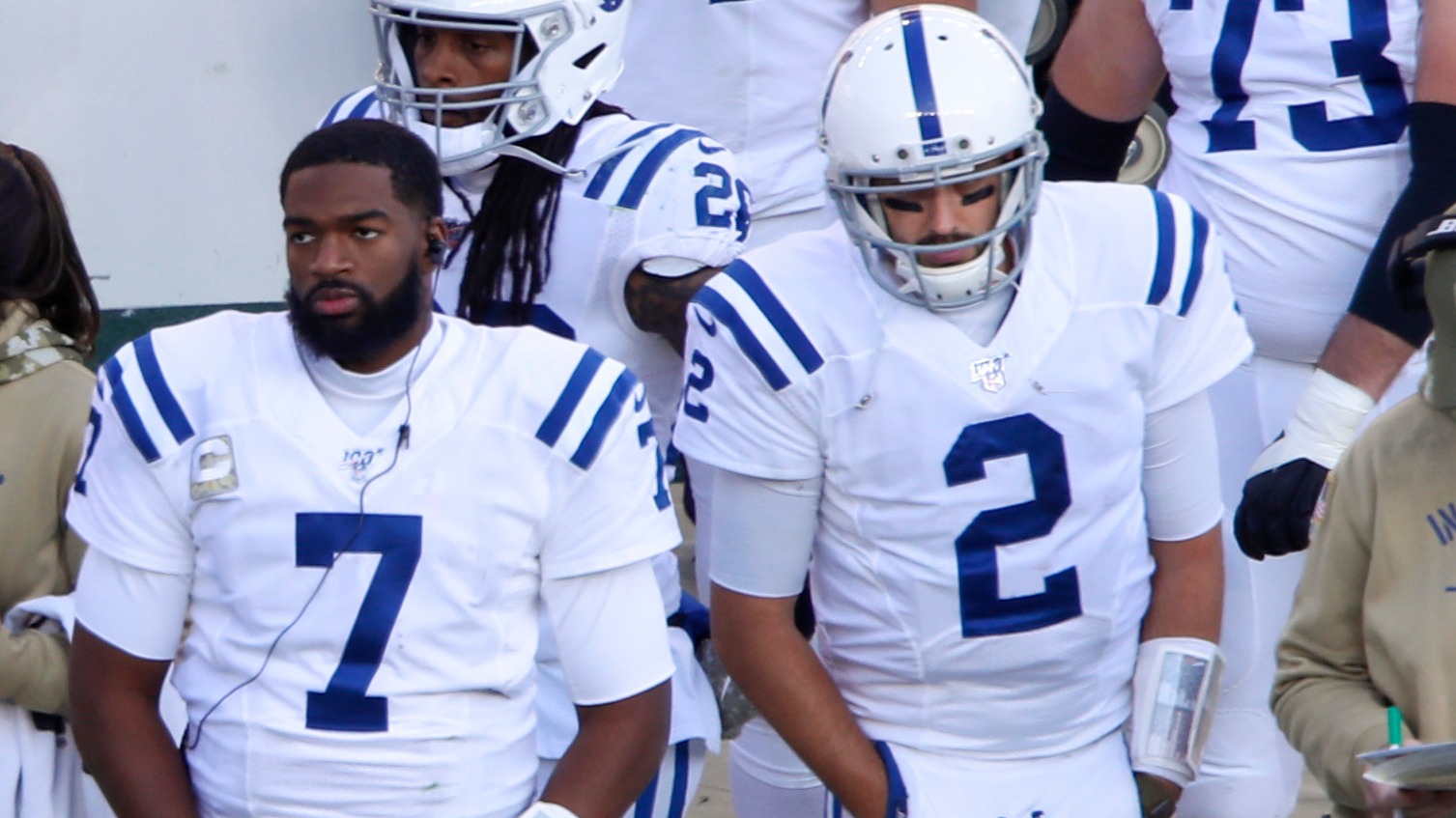 Coming off a sprained MCL suffered in last week's loss to the Steelers, Colts QB Jacoby Brissett is questionable for Sunday's game against the Dolphins. If he can't play, the point spread won't change much, one Las Vegas oddsmaker says.