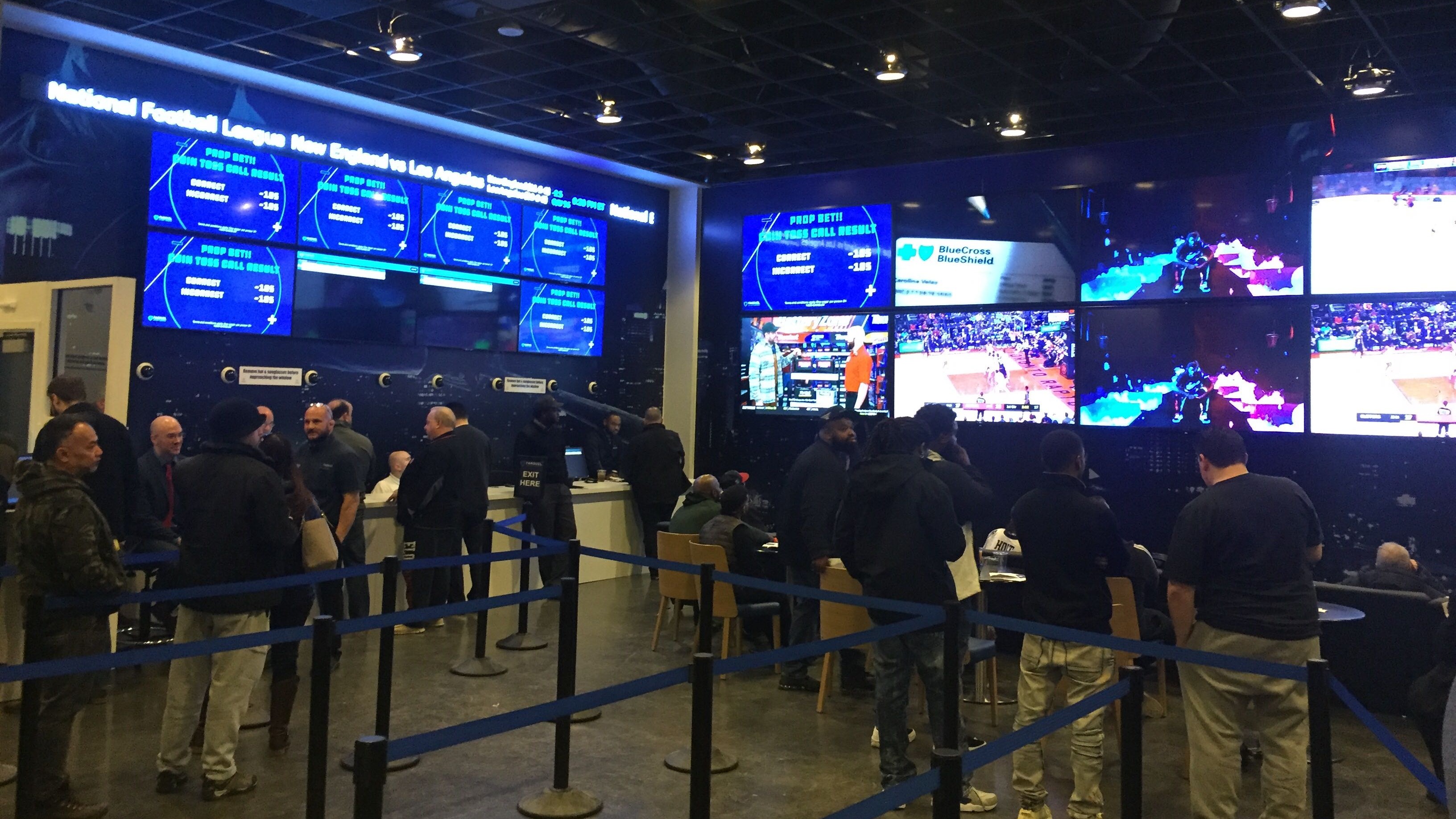 Meadowlands FanDuel Sportsbook had a line waiting when it opened at 8 a.m. for its first Super Bowl Sunday with live sports betting.