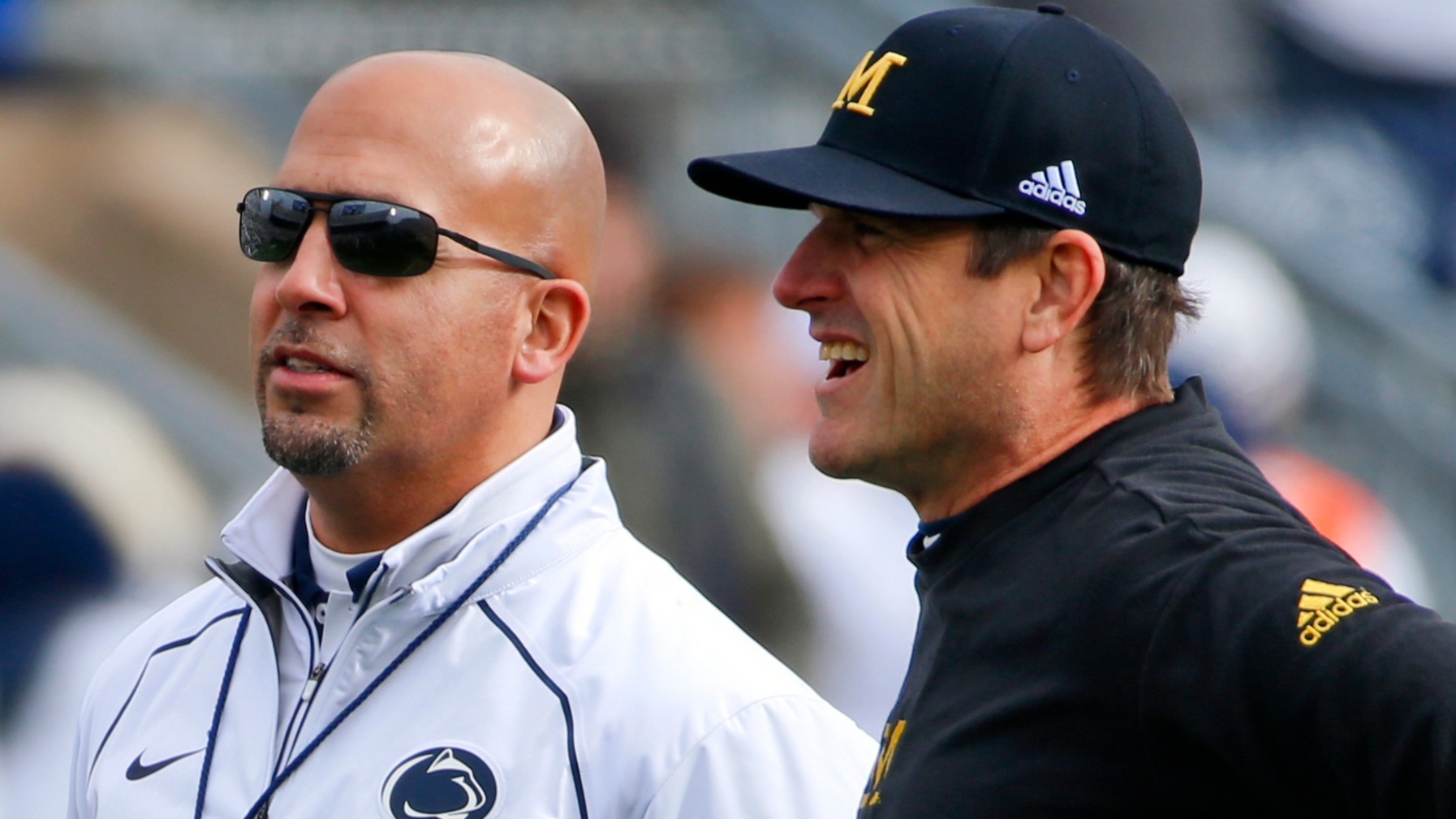 Michigan is a 9-point road underdog in Penn State's annual "white-out" game on Saturday and the public is quickly buying into the narrative Jim Harbaugh can't succeed against top-10 opponents, even against the spread.