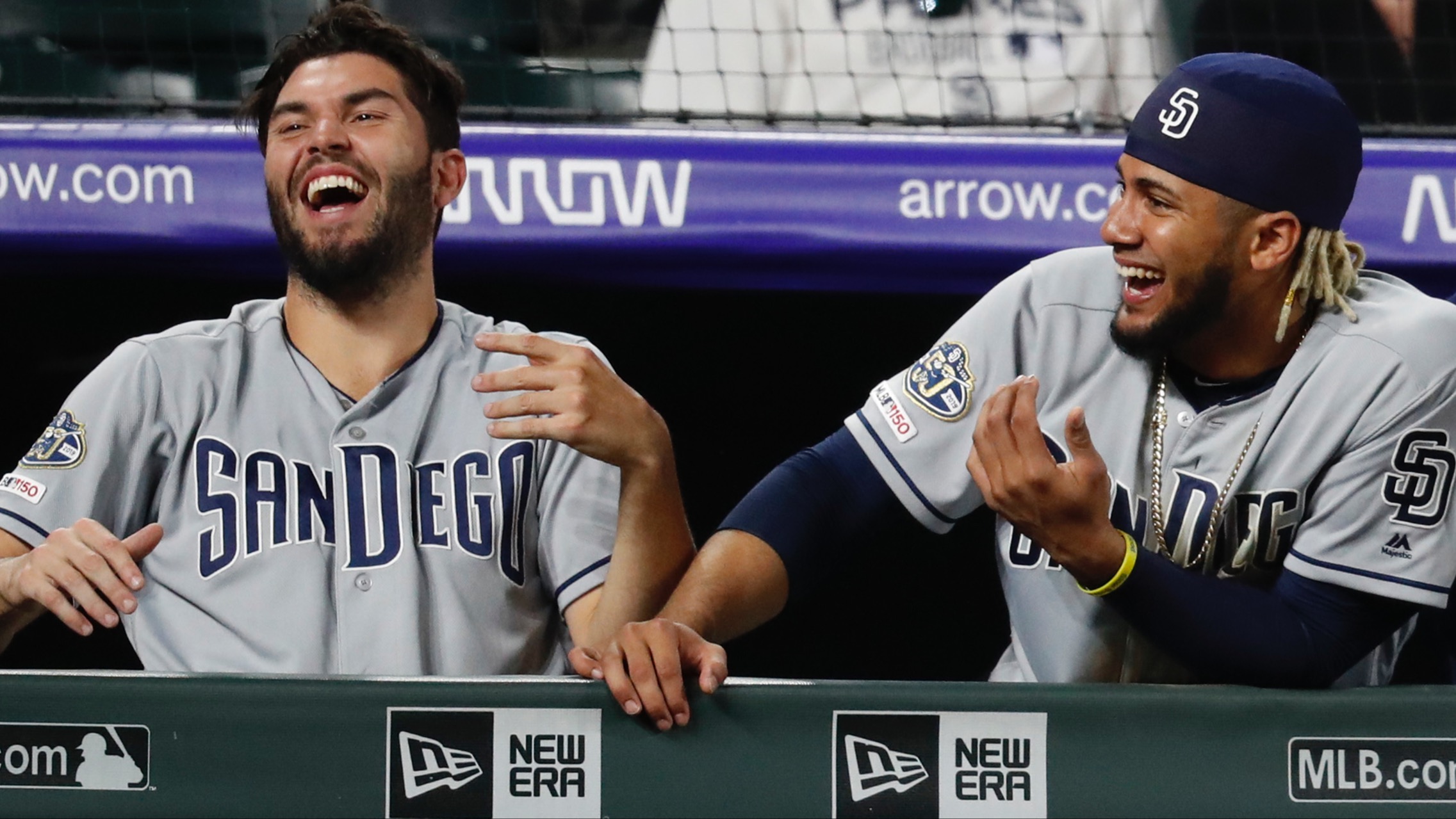 The Padres won Friday night at Coors Field after trailing 11-5 with one out in the ninth, a shocking collapse for the favored Rockies.