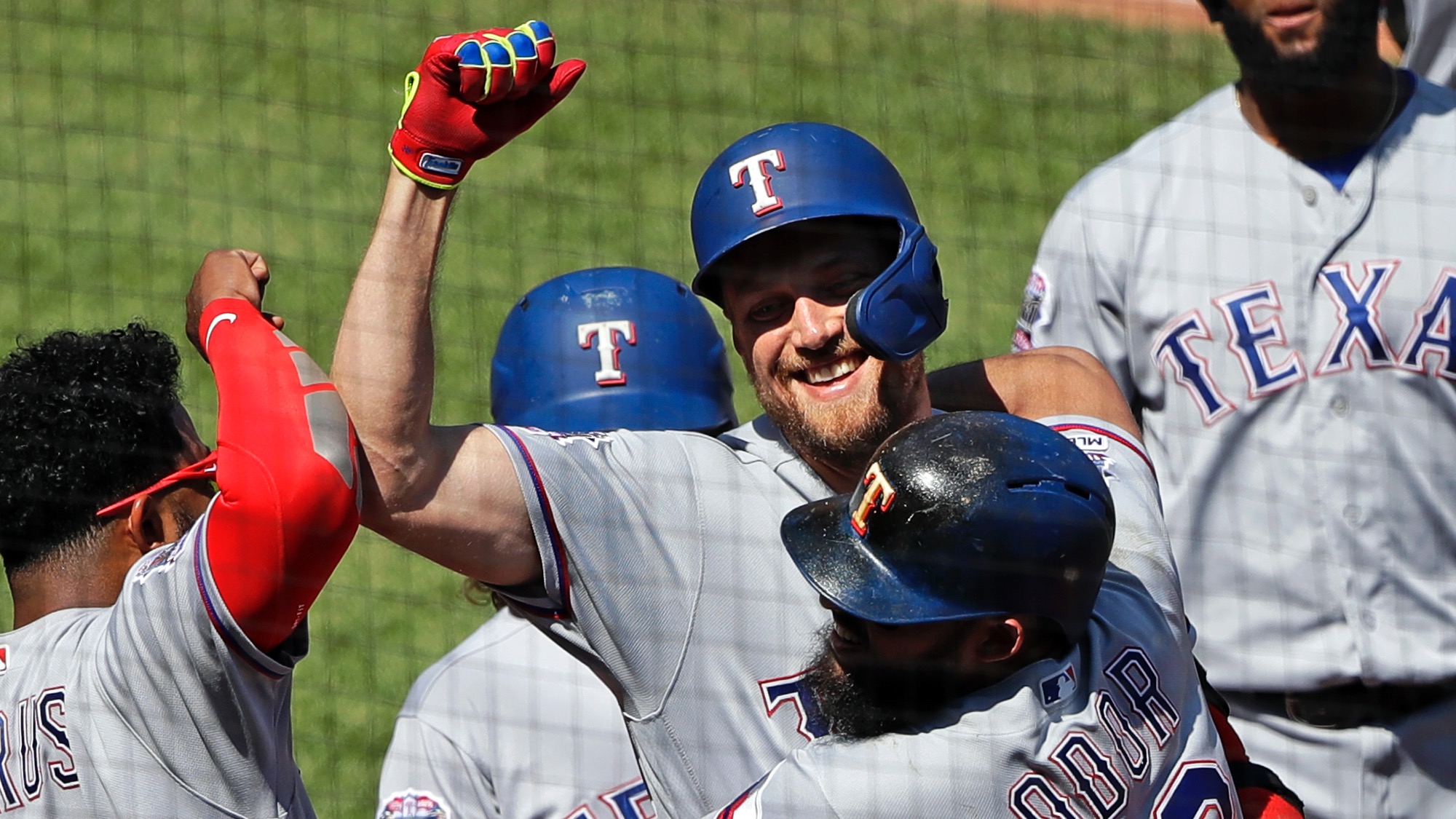 The Rangers scored seven runs in the last two innings of their 9-6 win Wednesday afternoon in Pittsburgh -- all with two outs -- with Texas a +111 underdog.