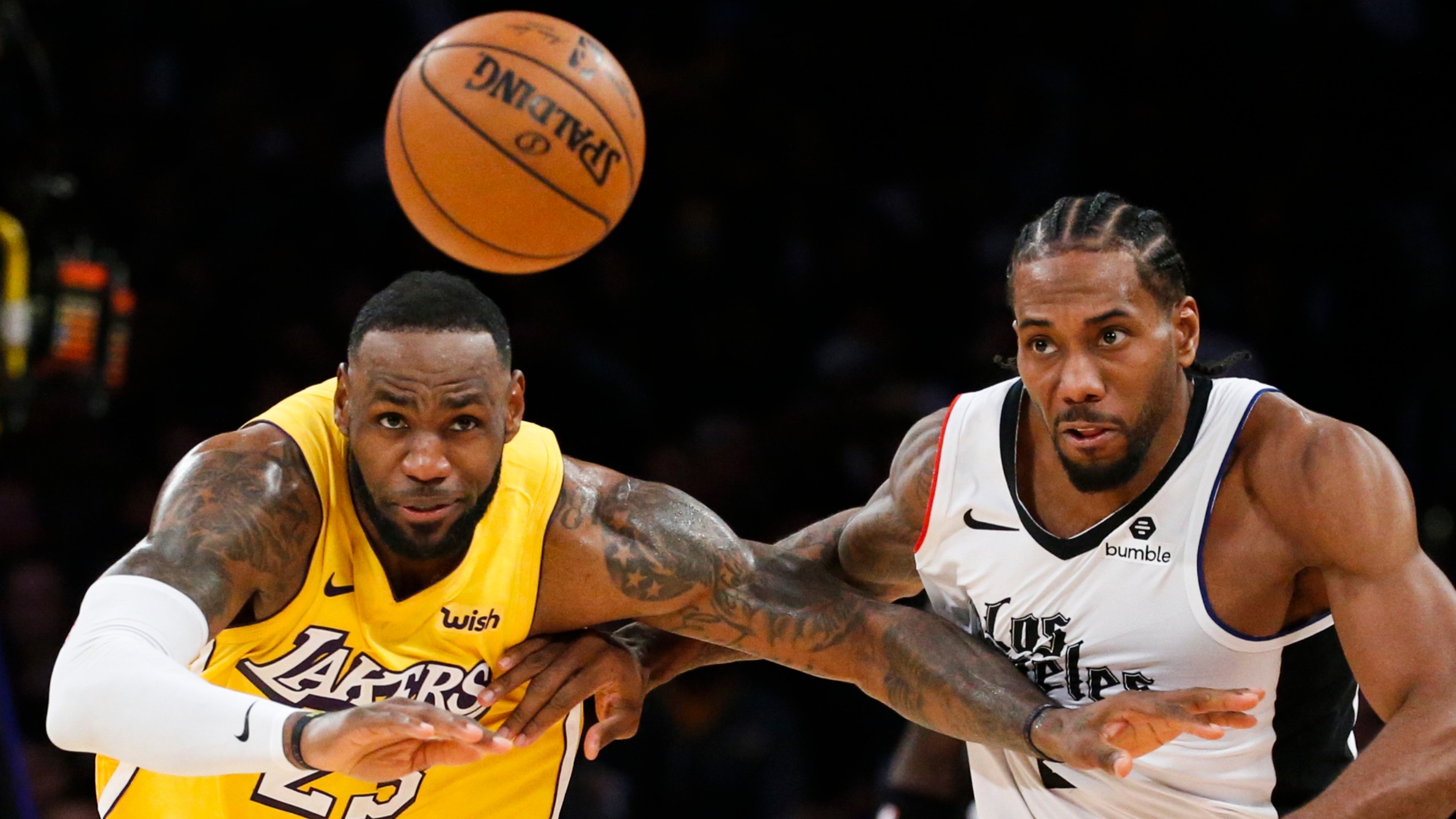 At the halfway point of the 2019-20 NBA season, the Lakers, Clippers and Bucks remain atop the oddsboard, but several contenders lurk.