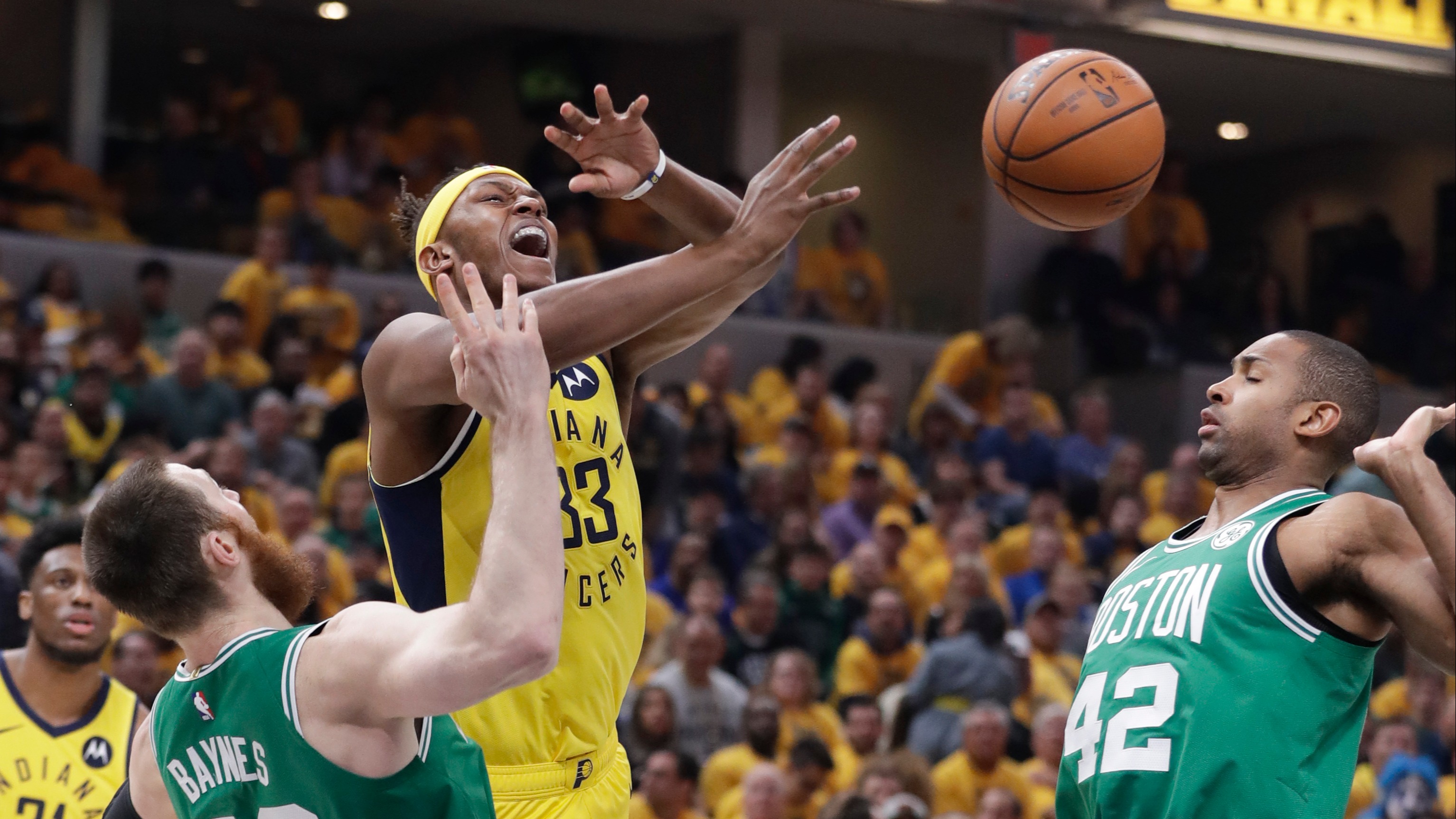 Oddsmakers expect a sweep on Sunday with No. 4 seed Boston priced as a -140 favorite at No. 5 Indiana in a close-out spot.