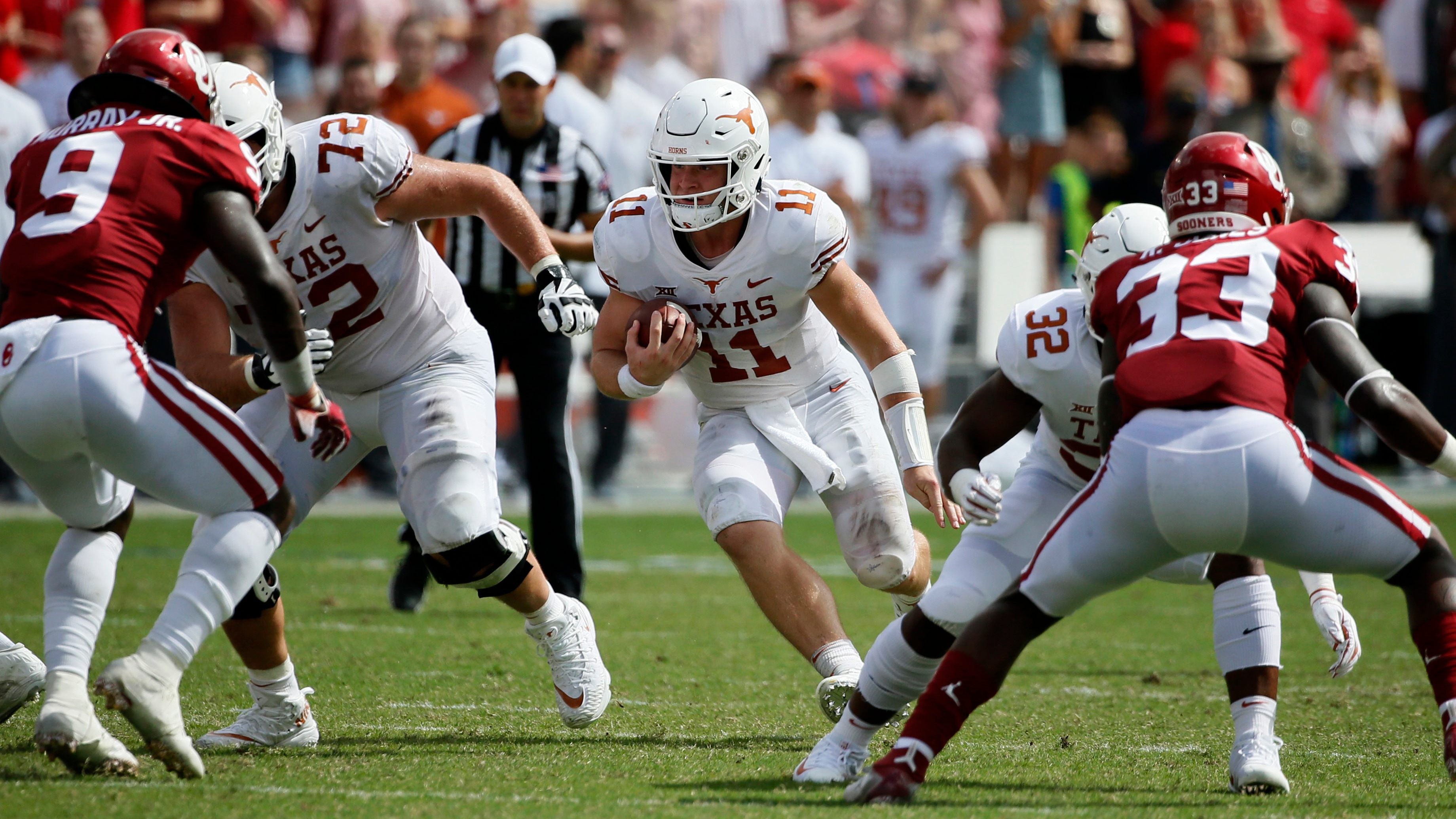 The college football betting market expects scoreboard operators to be busy at Cotton Bowl Stadium on Saturday when Oklahoma and Texas square off in the 2019 Red River Shootout .