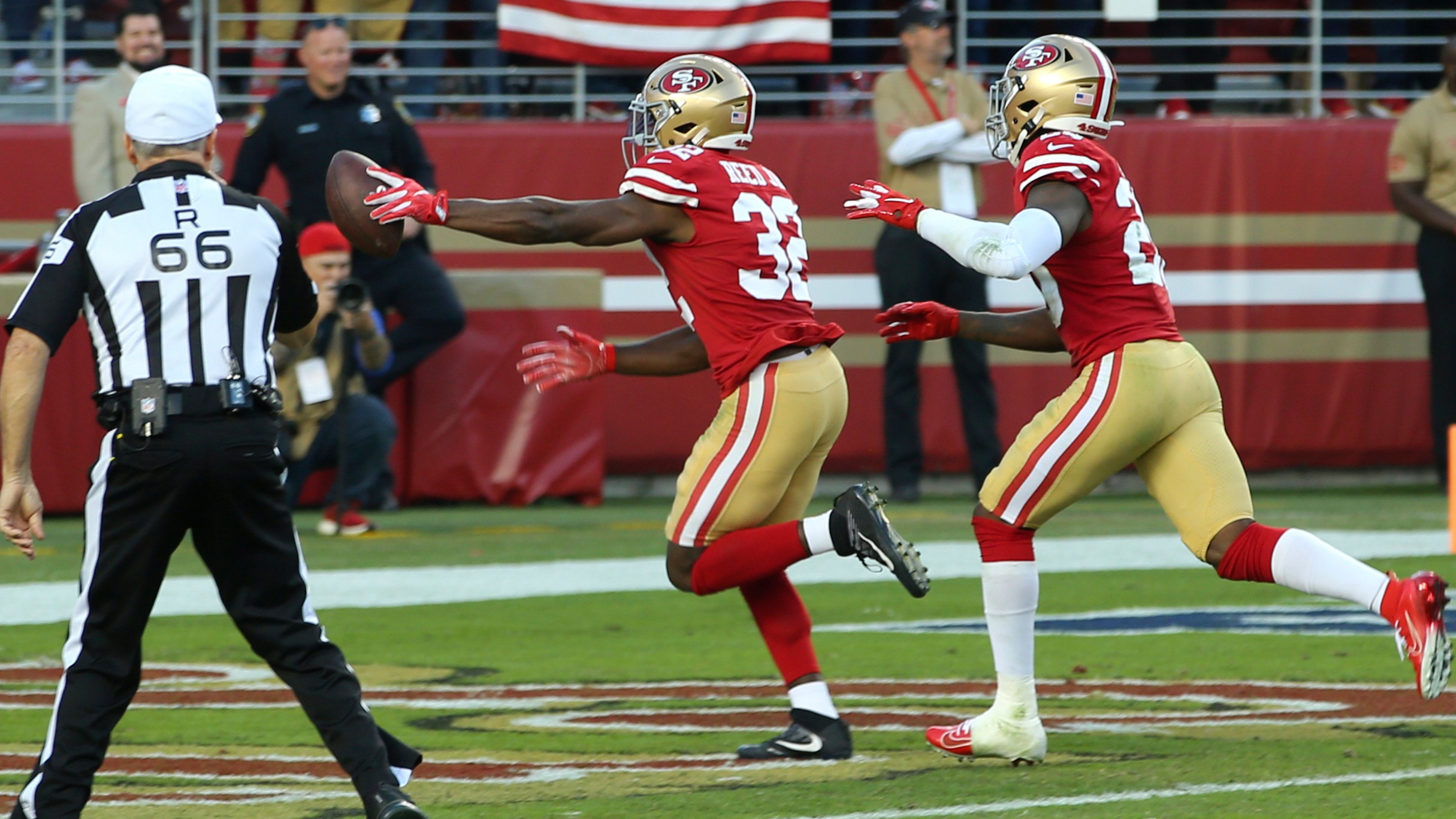 The 49ers returned a bungled lateral play for a touchdown as time expired to push a 10-point spread and send Cardinals backers to the brink.