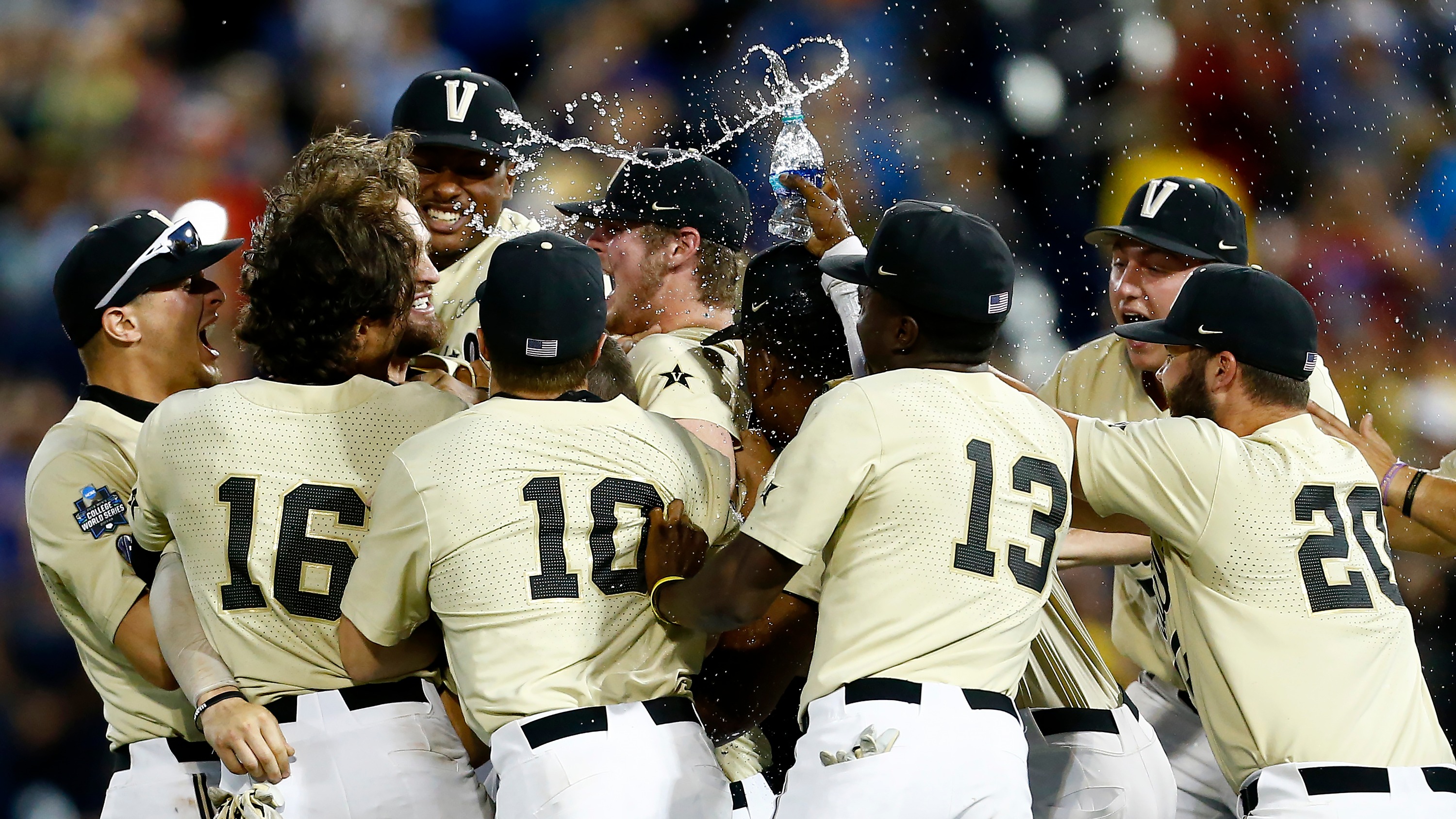 Mason Hickman and Jake Eder combined for 14 strikeouts, Vanderbilt knocked out Michigan ace Karl Kauffmann in the fourth inning, and the Commodores won the College World Series with an 8-2 victory in Game 3 of the finals Wednesday night.