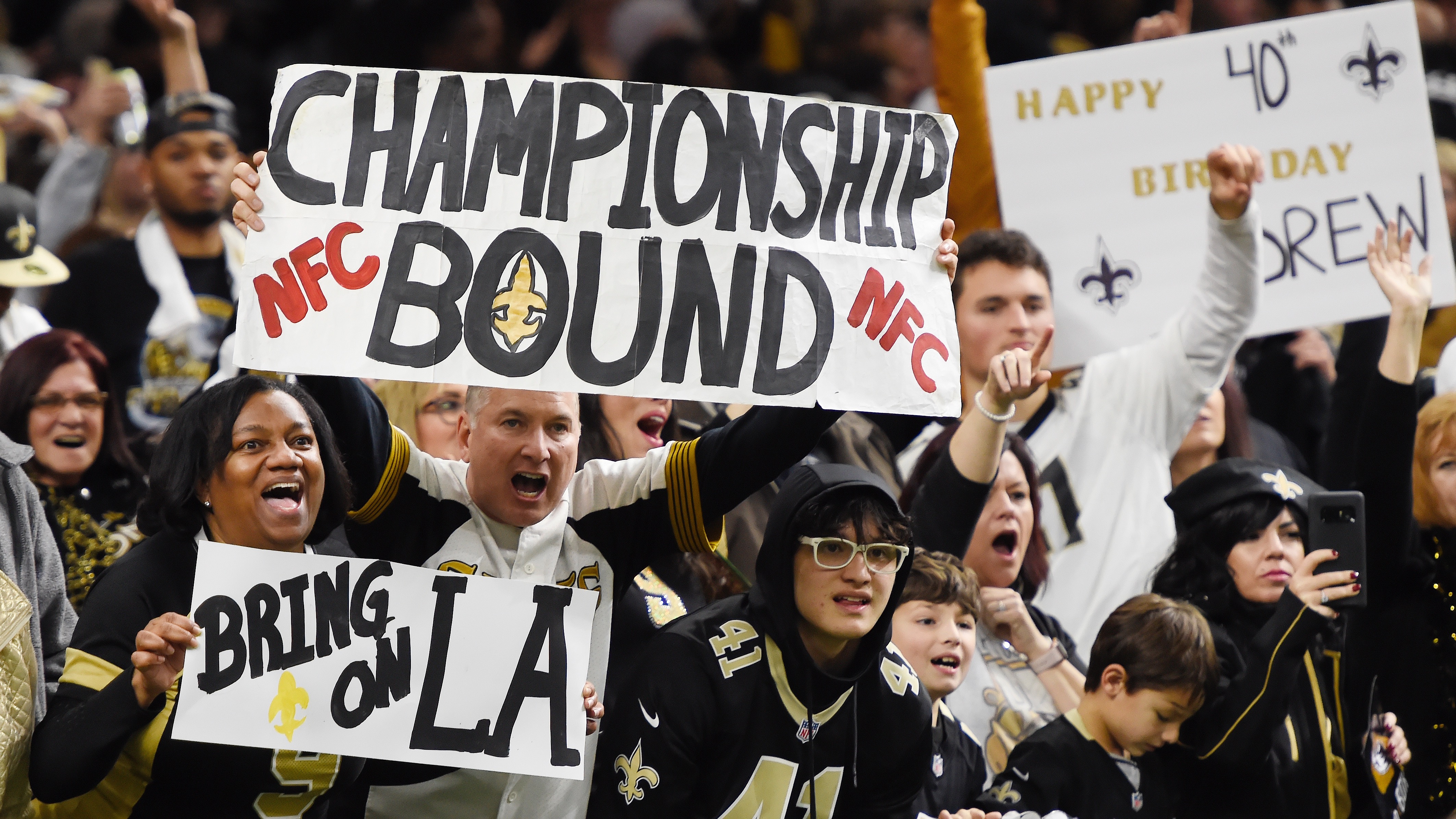 PropSwap is celebrating its biggest ticket sale yet, as a Super Bowl futures ticket on the New Orleans Saints sold for more than $57,000 on Saturday. Clay Travis and "Cousin Sal" Iacono of FS1's "Lock It In" show were revealed as the buyers.