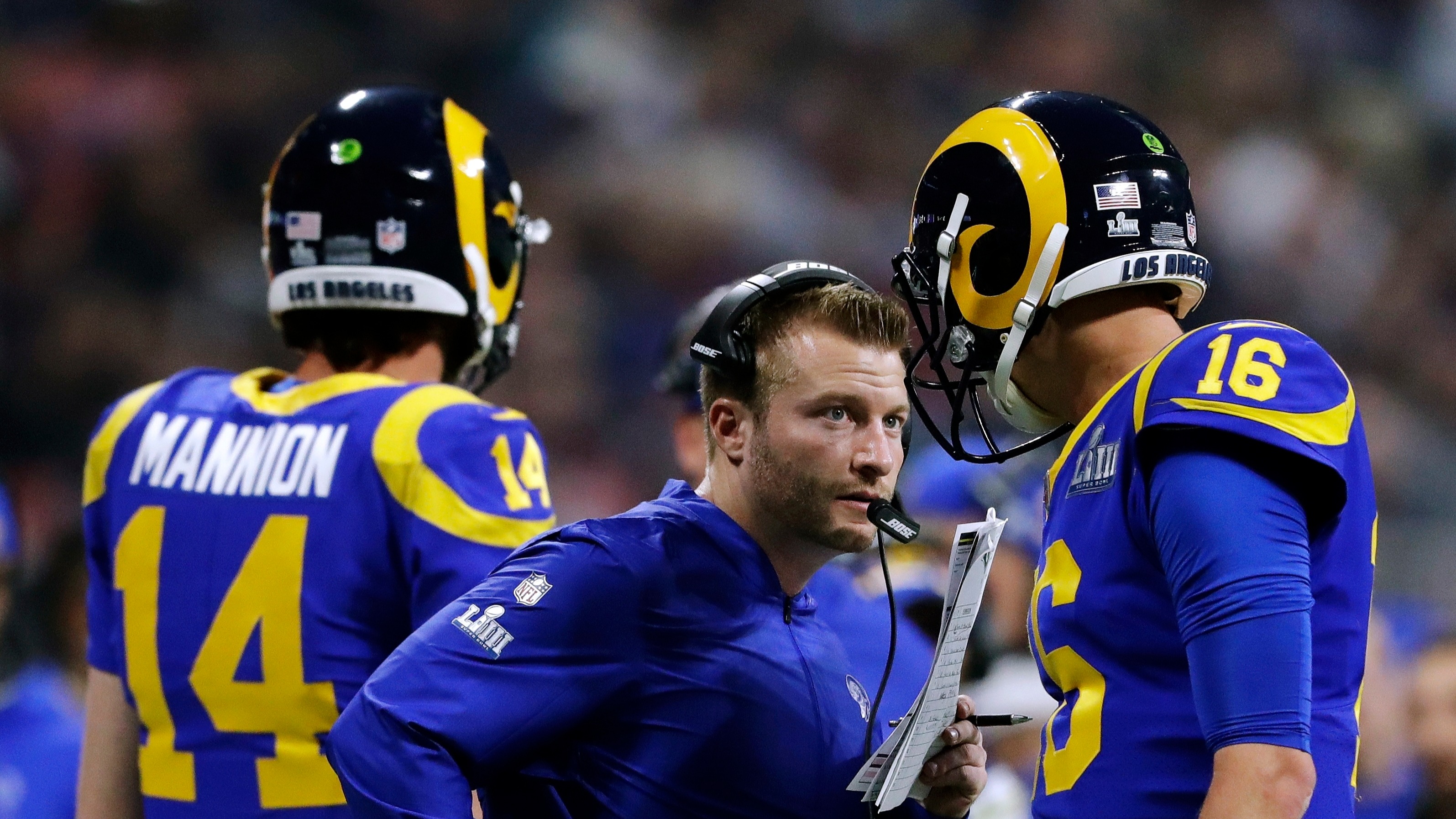 Jared Goff and Sean McVay struggled as the Rams lost Super Bowl 53 to the Patriots and it should throw a scare into a Bears futures bet.