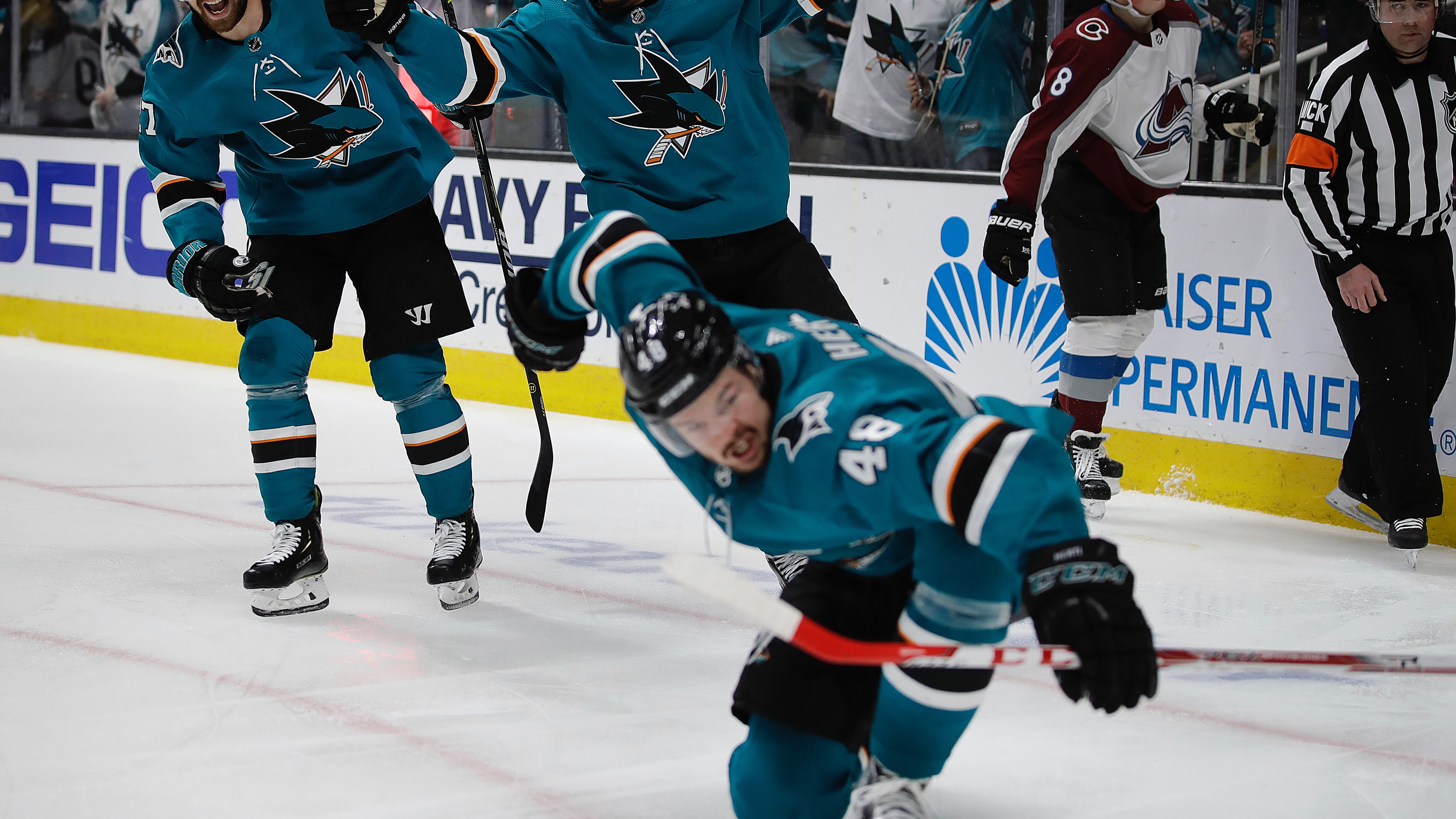 Closing out a playoff series on the road is one of the toughest things to do in sports, but the Sharks, a small underdog Monday in Denver, know they got a break in their last Game 7 and would really like to avoid another.