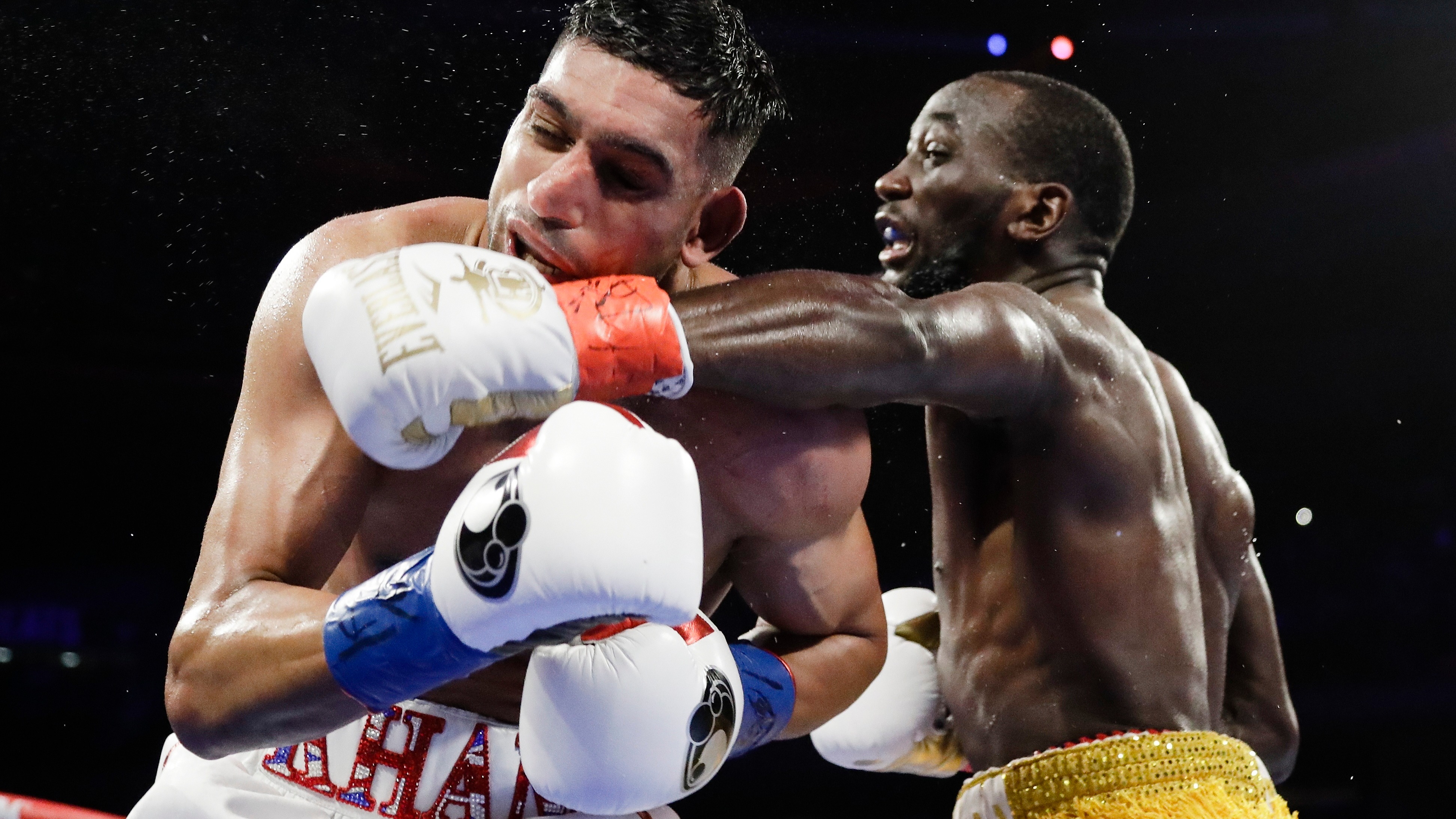 Terence Crawford retained his welterweight title by technical knockout Saturday night when Amir Khan wasn't able to continue after being hit with a low blow in the sixth round.