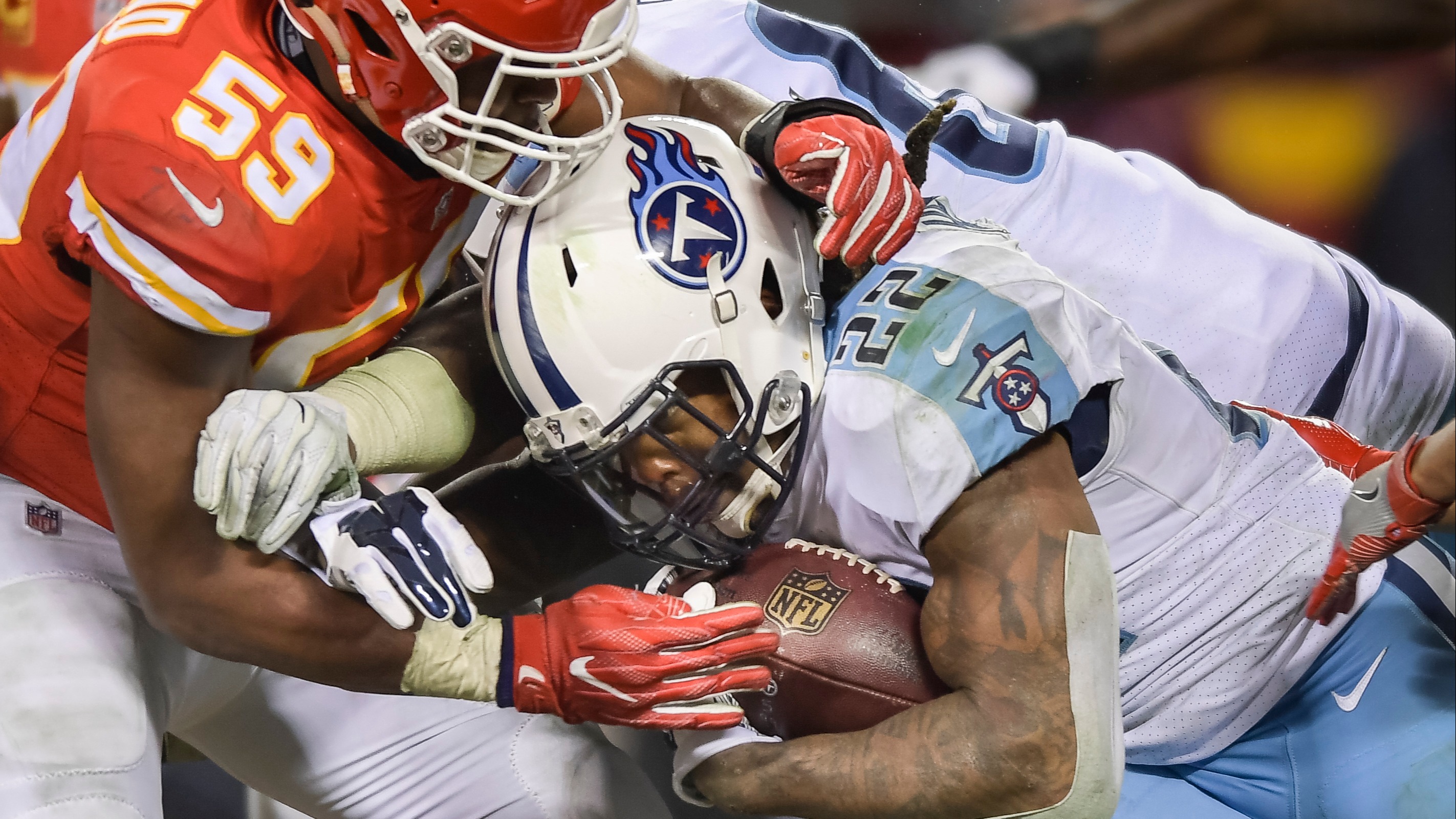 Here are three player prop bets to consider for Sunday's playoff game between the Titans and Chiefs, including a fade of Derrick Henry.