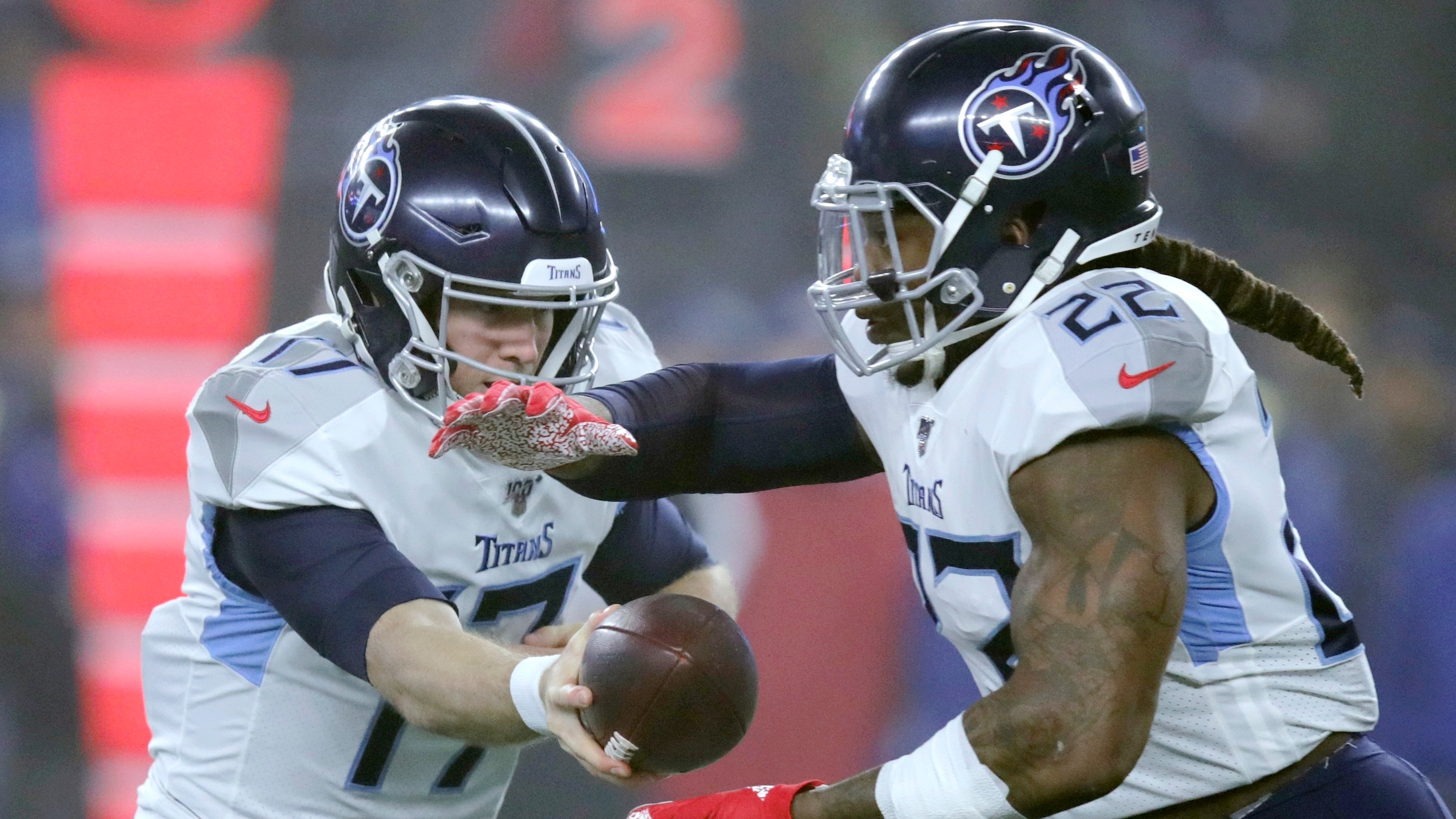 The total for Saturday night's NFL divisional playoff game is trending down despite Baltimore and Tennessee leading the AFC in scoring during the second half of the season.