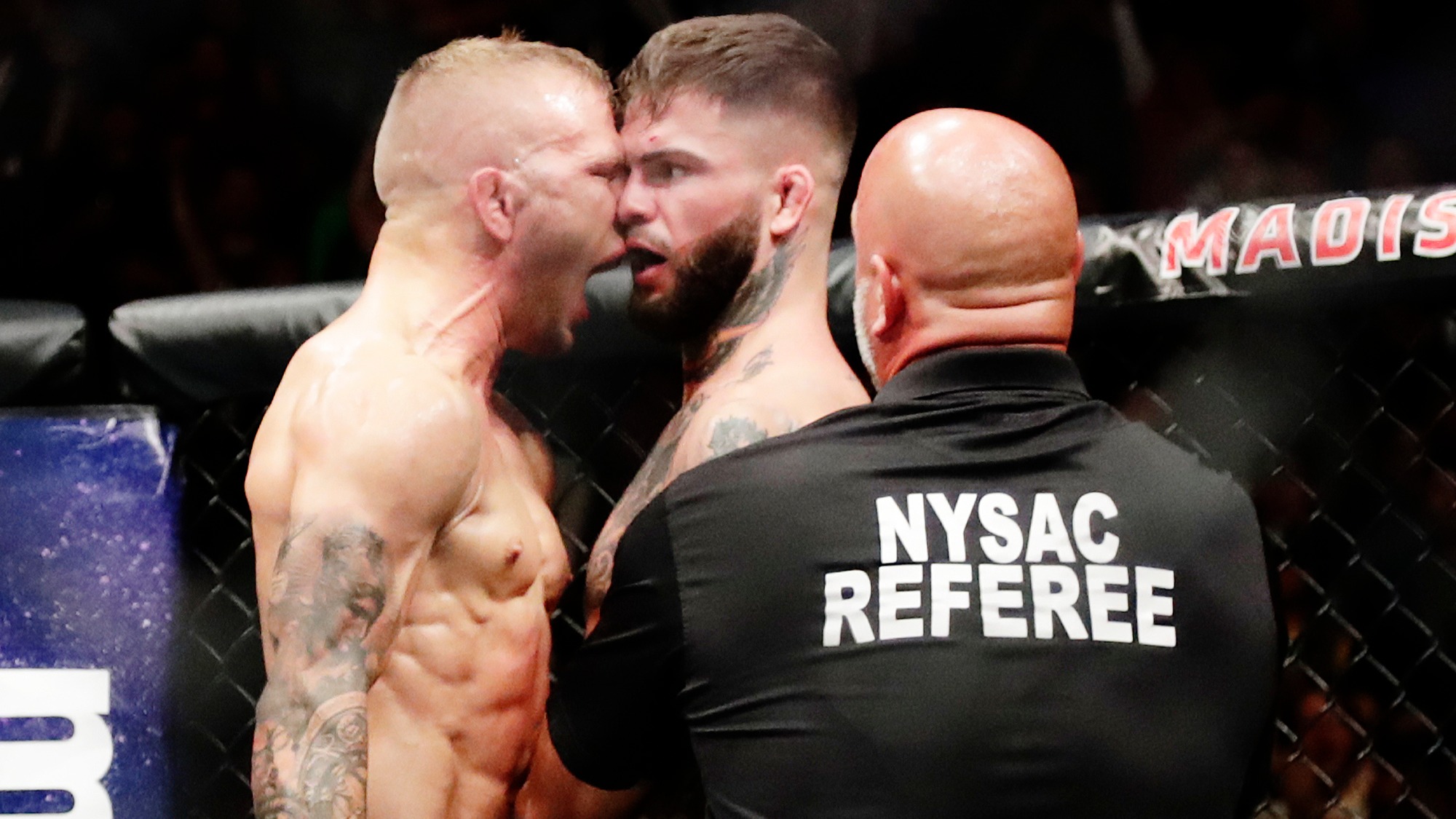 Champion T.J. Dillashaw and No. 1 contender Cody Garbrandt meet at UFC 227 on Saturday in a rematch of the UFC 217 event which say Dillashaw survive an early burst from Garbrandt to finish the fight with a second-round TKO for the belt.