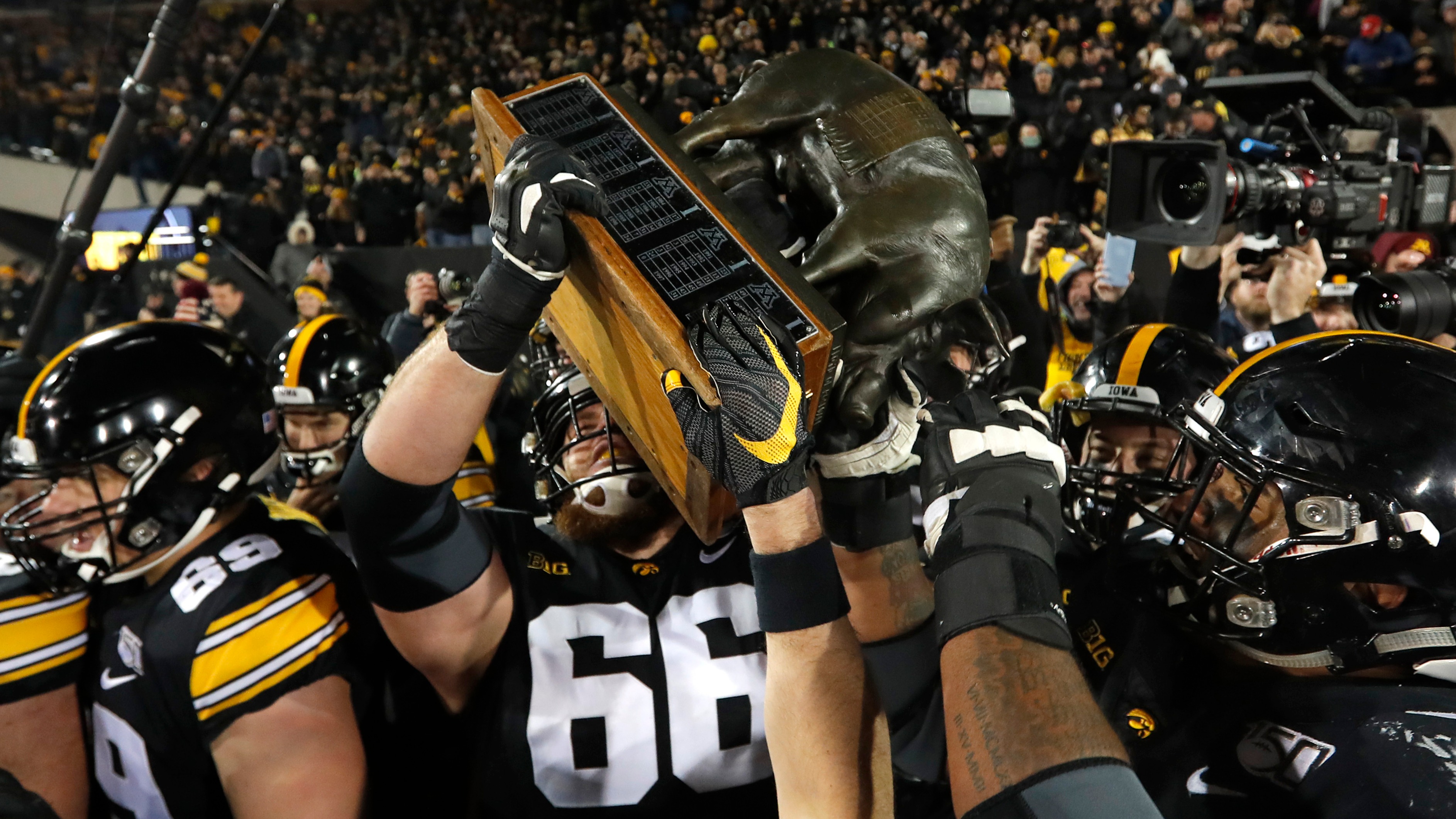 A missed PAT settled the Floyd of Rosedale betting spread, as No. 20 Iowa topped No. 8 Minnesota 23-19 laying a field goal on the oddsboard.